Popular theories
​on the walking dead!!

There are lots of theories on the walking dead from how it will end to how the whole outbreak began!! here is a small list of just some of them theories :D 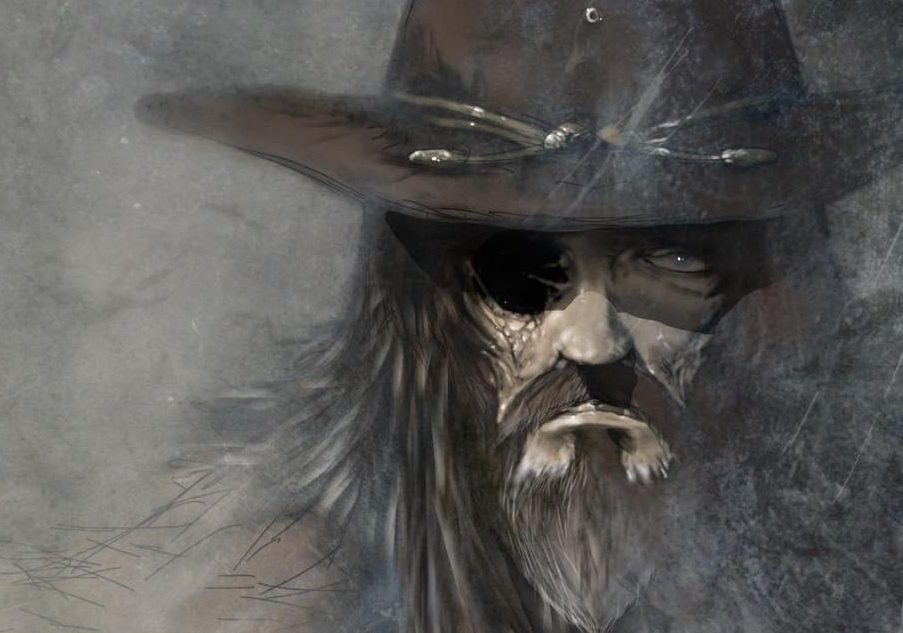 History revolves around stories, many fans are expecting The Walking Dead to end with quite the finale. In both the comics and the TV series, TWD exists as Rick Grimes’ odyssey, but according to this grandiose theory, that’s an illusion. It’s not Rick who’s truly at the heart of the tale, but Carl, who is reflecting the entire story to his grandchildren as a wise, old man.
Perhaps that’s why Rick is portrayed as this impossibly heroic and devoted man, the kind of dad sons like to brag about.

This theory would explain why Carl’s storylines are particularly detailed and deliberate, filled with the specifics only an eyewitness could include. As for that visual, there’s something Homeric and mythological about a one-eyed man recounting the greatest adventure known to man.
​
Carl’s one of Robert Kirkman’s favorite characters and among the steeliest survivors on the show. At the end of the day, this would be the kind of reveal that breaks the internet and devastates fans while hitting a note of optimism in the show’s finale. I

do like this theory but is it really plausible as carl isn't really in every scene and a lot of moments occur without carl so how does he know they happened??....

there are also other theories alongside this theory of old woman carol and judith killing Negan in the tv show all from the youtuber MovieIdol for you to check out :D.
​ 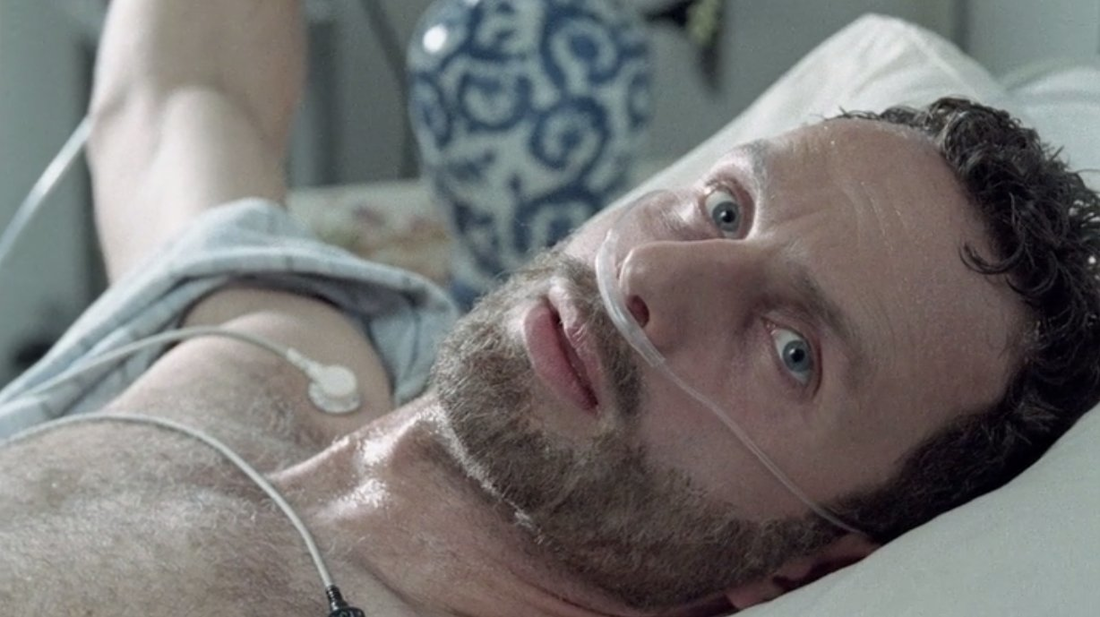 For the inevitable detractors, let’s be clear: Robert Kirkman debunked this theory on his Twitter account in 2014. That being said, we bring it to you once again because in the age of “it’s not Khan,” nothing can be taken at face value. Given the series’ creator once revealed that The Walking Dead might have a “hopeful ending,” the “it was all a dream” trope deserves a seat at the table.

Dorothy went through it all in The Wizard of Oz, and her subconscious projected a crazy world almost as nutty as The Walking Dead a talking tin-man, lion and scarecrow? Be honest, that’s terrifying. As happens in the Judy Garland classic, however, could all of the characters in The Walking Dead become similar projections of Rick’s subconscious? Maybe Hershel is his doctor, perhaps Shane and Lori really did do the dirty, and maybe Negan is just his high school bully hyped up in a fever dream. Robert Kirkman might’ve smacked this theory down, but we’ll believe it when we see it.
​ 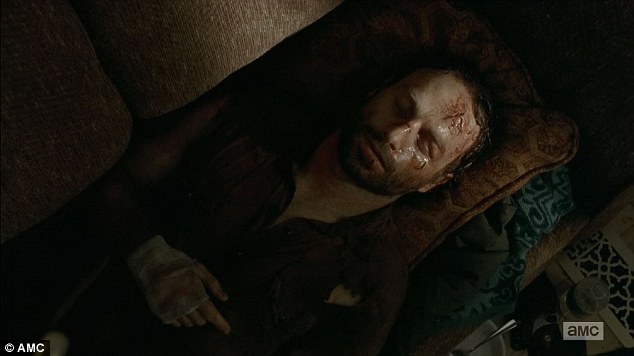 The simplest answer is often the truest. Though he has survived countless zombie acts, personal tragedies, and attempted murders, Rick Grimes with stood the most sustained attack of all: languishing over a month (46 days!) of bedridden time in the hospital without care, food, or water. Gandhi survived three weeks without food, but as giving as he may be, Rick isn’t quite on that level.

Though food is important, it’s the lack of water that should’ve killed the hero of this apocalyptic tale. Considering the average human will die within three days of water deprivation, there’s only one way to explain how Rick Grimes survived the hospital: the guy is a walking, talking, functional zombie.
​
As this transcendent theory goes, Rick didn’t make it out of his gurney alive. He died in episode one and has been a zombie ever since. The catch? Rick hasn’t shown signs of being undead because the disease lies dormant in him.

some think maybe he, and maybe even his son carl, is some how immune to the virus so every time he dies his body beats the virus therefore reviving him? i don't know but this would be a very weird truth if the theory came to be true and make twd very interesting though :P.
​

4. every character is practically deaf!! 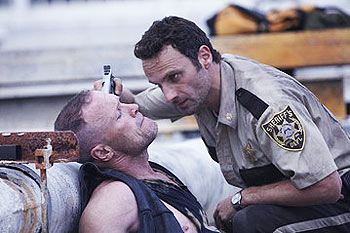 This theory was born out of a simple and persistent question: how come every character on The Walking Dead never hears the zombies before they attack? They’re sniveling, mouth-breathing, and perpetually hungry creatures with no capacity for stealth. You’d think Rick and Co. would be able to tell before a zombie attack began, right?

This introduces a bold, but not terribly improbable theory that suggests the reason for every survivor’s lack of anticipation: every one of them is 97% deaf. They’ve been shooting guns without ear protection, screaming relentlessly, and in the case of Rick, even surviving a zombie attack in the echo-chamber of a tank.

​The survivors have basically been fighting a years-long war without any of the instruments needed to protect their eardrums. Like socialites outside the club at closing time, they talk at their friends with the same volume they used on the dance floor, not knowing they’re still screaming.

i think this one was contrived by Film theorist or one of his channel :D correct me if i'm wrong.
​ 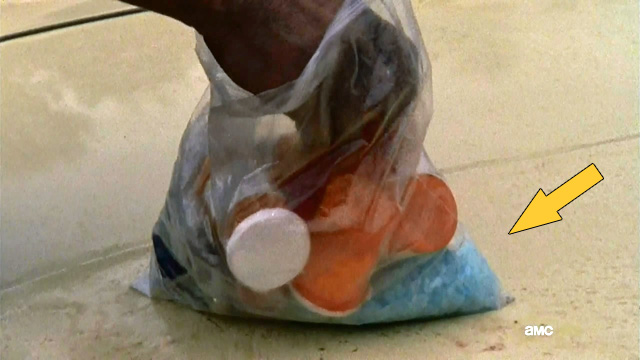 Call it The Breaking Dead, Walking Bad, or just “that Breaking Bad theory.” If you’ve ever wondered what caused the zombie outbreak, you can look no further than Heisenberg, Walter White himself.

In his pursuit of concocting the ultimate methamphetamine, Walter succeeded with flying colors. Blue sky meth was so potent that it seemingly found its way into Merle’s possession way back in Season 1 of The Walking Dead. When Daryl later describes his brother’s dealer, he calls him “a janky little white guy” with a penchant for calling people “b*tch.” Jesse Pinkman, anyone?

As for the patient zero of TWD, this same theory suggests that Gus Fring took Walter’s meth, got blown to smithereens, then reanimated as the founding father zombie of The Walking Dead.
But that’s not all: remember that fire-red Dodge Charger with the black racing stripes that Walter bought for his son? That exact car broke the Breaking Bad barrier and was mysteriously driven by Glenn in The Walking Dead.